On the 19th-20th October I competed in the Essex Senior Silver. I had the advantage of it being in my home club, Redbridge. My first singles match was against Alice Xu, which I won 21-17 21-16. The next game in my box was against Gemma Atkins. I had a good start and won the first set 21-17. Unfortunately, I lost focus and then lost the next match 21-15. I then regained focus going into the third end and won 21-17. I was then out of my box and had a bye straight into the semi finals, which was to be played on the Sunday.

Up next was the ladies doubles, where I paired up with Natalia Mitchell. We played very well in our box and won comfortably, booking our place in the semi finals.

On the Sunday was semi final day. The doubles semi final was a very tough match and we could not keep up with their amazing defence. We lost to the eventual winners 21-14 21-7. Up next was the ladies singles semi, where I had to play fellow Essex teammate Caroline Westley. After only a few rallies, Caz badly injured her ankle. Although she chose to continue, at 18-9 she unfortunately decided to retire as the injury was too severe. This wasn’t how I wanted to get to the final, but I had to focus on the next match against Katie Scott. The last time I had played Katie, I had lost 22-20 in the 3rd set, so I knew it would be a tough match. Both sets were close with some great rallies, however I lost in the final 21-18 21-17.

I was pleased to have come away with a bronze and silver medal after some fantastic matches!

Elliot Roberts reviews the Suffolk U17 – Oct 2018 tournament. On the 28th of October I played in the Suffolk... read more

Worcester u19 bronze – 19 January 2019 I came into the Worcester U19 tournament unseeded but that didn’t stop me... read more

Are you interested in a Badminton Summer Camp in Birmingham….? The West Midlands Performance Centre are running their annual Summer... read more

Jasmine Owen – Liverpool U15 Silver – 14.10.2017 Jasmine arrived at Liverpool in good spirits hoping to carry on from... read more 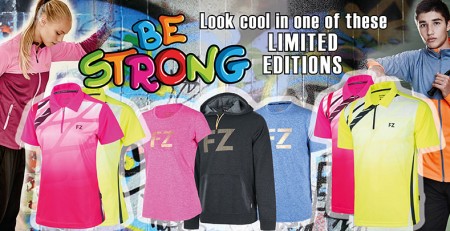 The Gloucester U17 Gold was my first tournament of the 2019/20 badminton season. A two day event Saturday 3rd... read more