My day started off with Mixed Doubles. I was playing with Tilly Dale from Leicestershire. We had not played together before, so we did not know how each other played. This was an opportunity to play with someone new and get used to a different playing style. Although we were a new pair, we were still seeded number 3.

In this tournament, unlike many of my other tournaments, Mixed Doubles was played in boxes. Our first match was against an U16 pair. We only just managed to take the 1st end 18-16. We played well together but we had not yet got used to each other’s playing styles. We then started playing much more as a team and took the second end comfortably 15-10.

Next up was a pair that I had never come across before. Again, the game started off slow and we only just managed to take the first end, after we trailed all the way through, 17-15. Again, like the last match, we found our rhythm and took the second end 15-6.

Our final match in our group was going to be our toughest. It was against Owen King (Leicestershire) and Emily Harper (Yorkshire). Although it was going to be tough, we went into the match with high hopes and aimed to take our good form into the match. Unlike the pervious matches, we started off quick and found ourselves in a commanding position throughout the first end. We took the first end 15-13. Like the other matches, we did better in the second end and won the game 15-11.

This meant that we were through to the semi-final of the mixed doubles where we would be up against the number 2 seeds from Cheshire. Again, we knew this would be hard. We found the first end tough, getting used to their playing style and the different angles that the boy could find in his shots due to his height. We lost the first end 10-15. This didn’t phase us. We came back stronger in the second end and took the lead. We then took the match, winning the next two ends 15-11 15-11. This was a good result as we were not expected to beat this pair, as they were a higher seed than us.

We were now into the final. Due to how the tournament was organised, there were only 3 boxes in the mixed doubles. This meant that we had to play a semi-final but the number 1 seeds, Luke Hoult (Leicestershire) and Holly Clayton (Hertfordshire), got a bye straight through to the final meaning they had played one less match than us. This freshness was evident in the first game where they just got the edge on use and we lost the first end 13-15. However, we played well and knew that we could take the second end, if we put our maximum effort into it. We played some top badminton and took that end 15-13. By this time, myself and Tilly were starting to get tired and we started making more mistakes than we would have liked, and this unfortunately cost us the final match where we lost 9-15, meaning we had finished as runners up.

Overall, I was very happy with how Tilly and I played, considering it was our first time playing together.

Next up for me was the doubles and I was again playing with a new partner, Robin Harper from Warwickshire. The doubles were to be contested as a round-robin of 5 pairings. Our first match was probably going to be our toughest after watching both of our opponents play earlier in the day. However, Robin and I just made sure that we rotated around each other well and hit the right shots and won comfortably 15-3 15-3.

Our next match was against a pair from Warwickshire. I had never played them before, but Robin used his experience and we took the match 15-4 15-4.

Our final group match was against a pair from Leicestershire on their home turf. This didn’t phase us and we continued to play how we had the whole afternoon and won the match 15-2 15-3.

This meant that we had a 100%-win record. In the final match we met two U17 players who had played together in the past. We knew it would be tough, one due to the age difference, as Robin is an U16 and due to their past playing experience, compared to mine and Robins none. It was also going to be tough, as we had not had any matches, so far that day, that would compare to the level of this, so we had to get used to it very quickly. We got into the game very quickly and managed to take the first end 15-13. However, the tables turned, and Robin and I made a lot of unforced errors, that cost us the match.

Like the Mixed Doubles, I finished as runner up in the Men’s Doubles which, I am very happy about, as it was our first time playing together.

Leicestershire U17 Silver Doubles Tournament results can be found HERE.

As a Competitive Badminton Players, WHY not enter the Team Tournament in Birmingham…..! All it take is you and three... read more 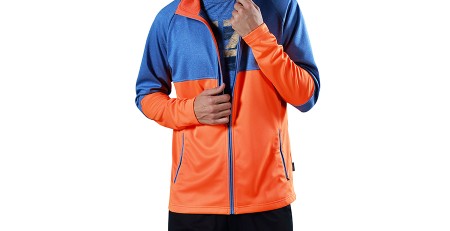 Limited Edition delivery due in July

Several items of Forza’s BE STRONG range of products are a Limited Edition. BE STRONG – New thinking is the keyword... read more

Harper’s season concluded on Saturday 1st June so I thought I’d update you on his progress and achievements. He... read more

When you GO FIGHT on court you are a winner………….! GO FIGHT one of the new club series range fro Forza.... read more